Reincarnation and multiple times is possible

A story about developments in Scanning technology and the discovery that by concentrating beams of ultrasound you can activate sections of the brain so that the subjects then release the details of their past lives. This is given as possible evidence of the proof of reincarnation.

Based on his flashback memories and subsequent nightmares, our hero is able to relate in great detail his early lives and the various violent and horrendous reasons for the termination of each of his earlier bodies existence in this world, it is like as if, because of the short duration of his lives he is continually being given another chance.

Dr James and Paul have a discussion he gives Paul some recordings and asks about his son, and whether he could come in for a scan. Paul talks around the dinner table. He tells Betty a little about what he is doing, how he manages to get time off work for medical research, he says, Ben says he is quite willing to co-operate and Nancy says she wants nothing to do with it.

Ted Marlow is a design engineer working for a company called the Deepscan Corporation, they specialise in developing magnetic resonance imaging devices for the medical profession.

Sitting at his workstation analysing the results of the latest design to be tested, he was fascinated by the detail revealed by their latest prototype, he had just finished dictating his report and he sat back in his chair, he was still staring at the screen when his colleague and old friend entered the room.

“Good morning Ted, is this the scans from the 602? I heard the first test went well,”

“Hi Jim, yes, they have just come through, I think we have a winner here"

“Amazing clarity, you can almost count the thoughts as they go by”

Ted laughed. “I don't think we are quite up to that standard yet, but give us time"

They turned from the screen to acknowledge another arrival.

“Hello Doctor Ted greeted his old friend you two know each other. don't you?”

“I wish I had this yesterday afternoon, I had a patient come to see me and I have never seen anybody have such confusing recollections, under hypnosis, he was trying to tell me about his flashbacks, they were certainly interesting, he either had a very vivid imagination or he was recalling memories from his past lives” said Dr James

“Do you believe that some of your patients have actually been reincarnated?”

“For instance, this chap seems to be able to jump from remembering his experiences as a Roman soldier to dying in the crash of a 747 in America.”

“That has got to be fascinating.” Said Jim

“Fascinating, it might be, but his memories are so scattered it is like trying to put a jigsaw puzzle together before you can make any sense of any of it”

“Maybe you could use this 602 scanner to study his temporal lobes in more detail, you can see here that they seem to be in some sort of layered formation”

“Well, I need to do something he gets very distressed when recalling some of the more dangerous moments of his recollections I have to wake him up quickly. Sometimes I fear for his safety.”

“Can you give us an example?” said Jim. 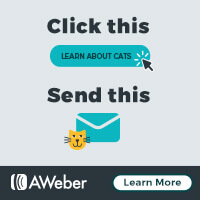